Douglas Duncan’s great great grandfather came to New Zealand from Scotland by boat in 1870. He landed at Wanganui on the coast of the North Island, then went straight to the local Maori power and offered to buy land from them. He asked them to show him where the trees and berries were the biggest and the wood pigeons were the fattest. His theory was that these things were all indicators of the most fertile soil, ideal for farming. 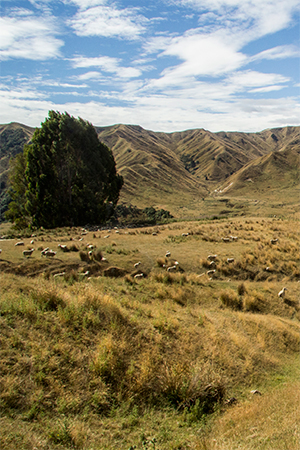 So the Maori took him 100 kilometers on horseback to the Turakina River and told him this was the place matching his request. He purchased the land from them for an assortment of items, including money, blankets, muskets, food, whiskey & more.

Douglas’s great grandfather developed the land from bush, and left it to his seven children who farmed it together for fifty years. In 1996, the 25 shareholders got together and auctioned off their shares. Mr. Duncan and his brother purchased the other shares to become the owners.

In 2012 Mr Duncan bought his brother out, and now is the sole owner of the property which he now farms with his three sons and staff.

His favorite parts of farming are maintaining his land, producing good stock, and marketing them well. He likes working with Silver Fern Farms because they’re a farmer owned cooperative, so any profit they make comes back to the producer. He also appreciates that they have a very strong consumer focus. 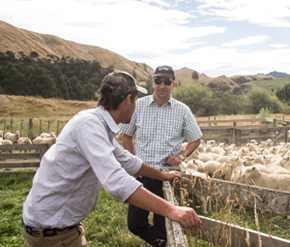 When it comes to eating beef and lamb, he feels simple is best – scotch fillet [ribeye steak] cooked on a very hot stove and lamb racks cooked the same way, with plenty of salt, are his favorite dishes.

In future he hopes to attain a 170% lambing rate and plans for his sons to continue to grow the business he’s built. All three of them are already involved in agriculture – one is an analyst in charge of syndication, another manages his farms and others in their care, while the third handles livestock procurements and assists in the prime stock business.